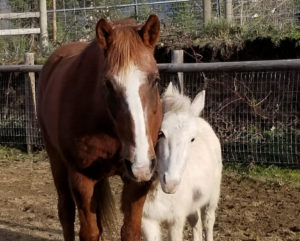 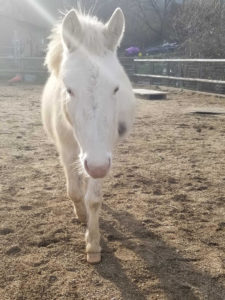 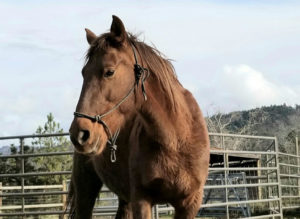 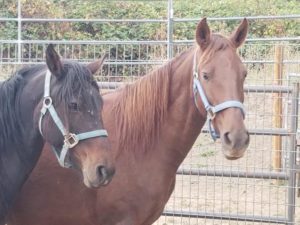 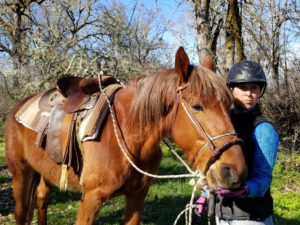 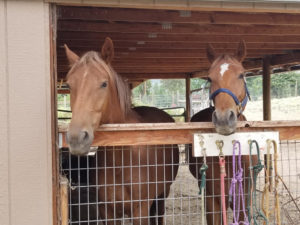 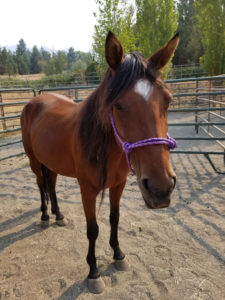 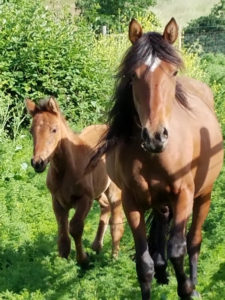 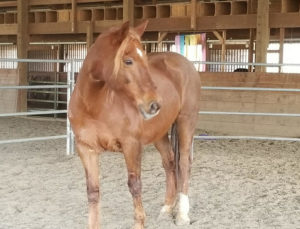 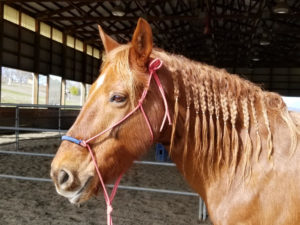 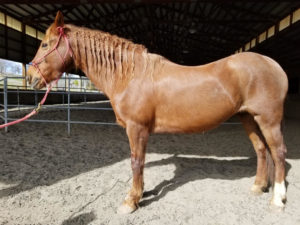 Gypsy is a 19 yr old BLM Mustang mare who has been through more than any Horse should. In the past three years Gypsy has been through six different owners, none of whom tried to actually figure out what was going on with this gorgeous mare. Until she was adopted by Jo. Jo took Gypsy in and started to gently rehabilitate her, taking the time to earn her trust and build a solid relationship. Gypsy has impaired vision in her right eye which was causing her to dangerously react to visual stimuli. Thinking she was being difficult, her previous owners used force with her. Jo took the time to figure out the problem with her vision, and began training her to work through the issues. Sadly, Jo was diagnosed with cancer and couldn’t work with Gypsy anymore. Jo reached out to the Rescue community for help, not wanting Gypsy to fall back into the same pattern of rehoming over and over again. We are currently working with Gypsy daily, focusing on reducing her reactions to visual stimuli, and she is progressing nicely.  Gypsy may never be a solid trail horse, but she is excelling at arena riding.  She is comfortable with the surroundings and is accedpting the visual challenges we present to her. We have high hopes for this lovely girl. She is sweet, gentle and kind 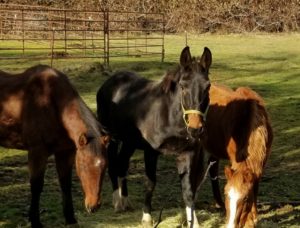 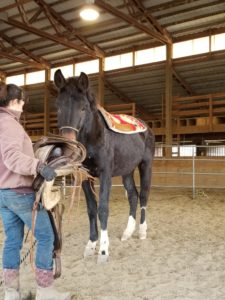 Meet Miles the Mule! Miles is 4 to 5 yrs old and 16 H. Miles is shy but sweet, and very affectionate once you earn his trust. Miles is another one of our intakes that was dumped at a livestock auction. He was terrified when he arrived at AAM. We let him just settle in and enjoy life again for the first 6 weeks he was here. He is now in training with Alena Clancy and is learning how to pull a cart. Miles will be available for adoption very soon. He is currently in Eagle Point, and can be available for a meet & greet if you are interested in this lovely boy 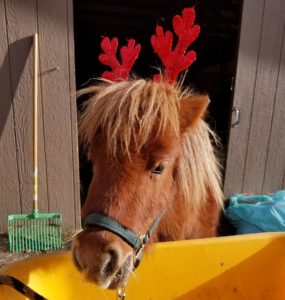 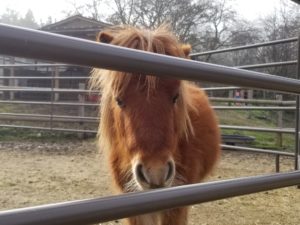 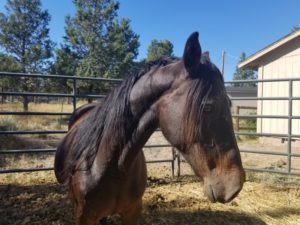 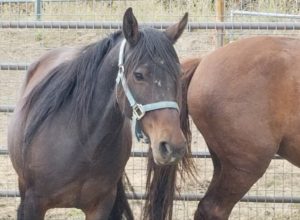 Ava is a Yakima Mustang mare, 14 H, who is in the early training stages. This mare is not only stunning to look at, but has a sharp, willing mind. So far this mare has continually impressed us with her ability to remember what she has learned each day, as well as her desire to connect. Though still governed by her instinct for self preservation, “flight mode”, she always manages to regain her composure on her own. Which tells us that this mare has a very good, sensible mind. We are excited to be working with her and will post updates as she pogresses in her training. 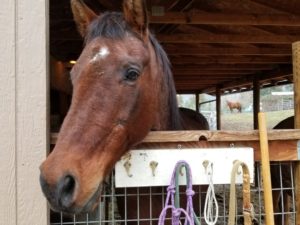 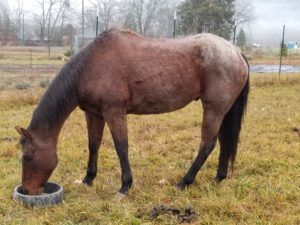 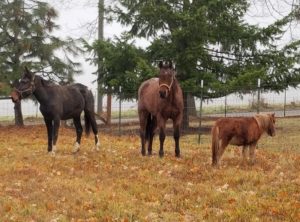 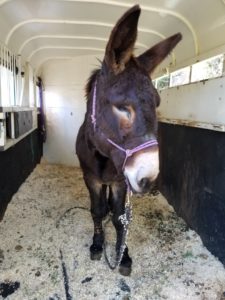 Oscar the Donkey is sweet and gentle. Estimate him to be between 10 to 14 yrs old.  For whatever reason Oscar was kept a Stallion, resulting in a lifetime of solitude and sadness. Severely neglected, his halter had been left on for so long that it has caused permanent scarring. First thing we did was take that halter off, he had a bleeding wound beneath it which must have been extremely painful. His hooves were in very bad shape as well. Oscar shows sign of having been beaten, but wants so desperately to trust us. He is letting us pet him and love him as long as we don’t raise our arms, which causes him to lunge away and then freeze in fear. For now Oscar is in a pasture with Simon the mini. We have the vet scheduled to come out and geld him, after which he can then be allowed to slowly meet the rest of the herd. He wants a buddy so badly. ….  Oscar will be available for adoption as soon as his veterinary needs and hooves have been attended to.